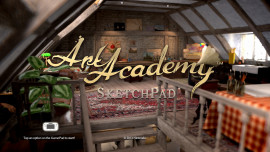 One of the main features of the Wii U is the touch screen that comes built in to the gamepad while it’s primarily used for menu navigation and viewing content off of the TV it just begs to be used for drawing digitally. Having never played any game in the Art Academy franchise before and not wanting to waste this golden opportunity I decided to purchase Art Academy Sketchpad. 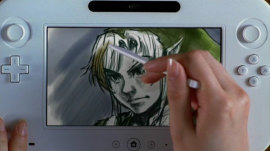 After playing around with it for a few hours with my artist friend Kyriacos Georghiou it’s sad to say how disappointed I am with this application is. My first thought was ‘Why is this thing so classically presented?’ Everything from the music and interface to the tools you have access to screams classical art, it seems that people’s perceptions of art are always so cliche and hardly ever explore the idea of art in many other mediums. 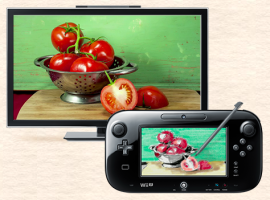 While it is amazing what some people can do it should be noted that unlike the other Art Academy games there is absolutely no handholding for beginners to learn the basics that being said even those who are comfortable drawing are given a very limited amount of supplies to use with the main ones being chalk, pastels and coloured pencils. 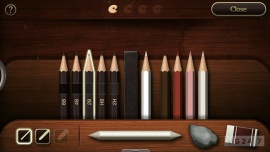 I appreciate that emulating real world materials digitally can be hard to do but with Art Academy Sketchpad it’s amazing how inaccurately these mediums are represented for example the charcoal tool didn’t feel anything like it should do, charcoal tends to make dark marks and shades even if you don’t apply much pressure to it but in the game it always felt too light. 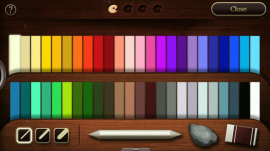 Another major pitfall for me is that once you change mediums you cannot undo any mistakes you have made and are left to either use the rubber tool or work around the mistake you made, I like that this is representative of real life drawing but this again makes the app appeal only to experienced people and scares away those that want a light-hearted, do whatever you want type drawing app. 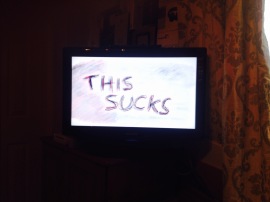 It’s sad to see that the only real way to draw outside of the fairly minimal Miiverse messages is this app, it caters to a very specific audience and by doing so limits the potential of what a drawing app on the Wii U could be. There is no reason why an all inclusive application like SketchBook Pro or Adobe Ideas couldn’t exist on the Wii U and until something like that comes along I guess i’ll just have to use Miiverse messages and keep borrowing my mum’s iPad.