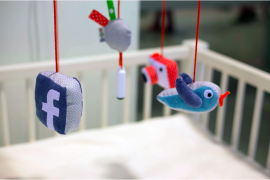 Social media is now commonly used by almost everyone regardless of gender, race or religion although. Most social media platforms have some kind of age restriction to when you can create your own account but it’s not uncommon for parents to post photos of their newborn babies which is fine except that the baby doesn’t have any say in it. 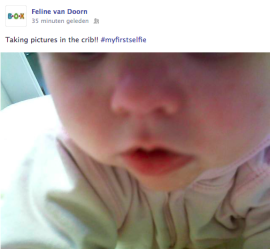 In response to this Laura Cornet created a range of baby toys with which they can use to put themselves online including a camera which once interacted with records 1 minute of video and uploads it online, a pair of shoes which measure the babies movement and a soother holder which posts a check in on Facebook.

Of course babies can’t understand what they are doing so a lot of this new born fame will be very random but the point BOX makes remains the same, when it comes to social media “what is considered to be okay, and when does it go too far? And even more important who is in charge of that decision?” – Laura Cornet.