Are you confused about the referendum? Me too. Thankfully there is an online, neutral resource that’s here to help you, brought to you by startup company Explaain, Referendum WTF is a neutral, no-nonsense guide to the EU Referendum.

By summarising large, complex topics in to small and digestible sentences referendum.wtf is a great way to get yourself informed on important matters without trying to understand jargon and people’s biases.

With people constantly taking photos and sharing them online something that has become a lot less common is preserving them offline. Poster Cat aims to fix that problem by offering an instant and affordable service to find, print and send you your very own poster with your top Instagram pictures printed on it. 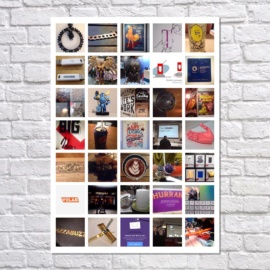 Cat in a Flat 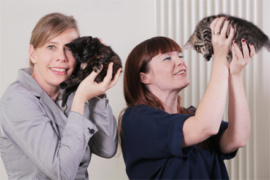 On the face of it, there isn’t really that much special about Snaptrip, at least, not something that Airbnb couldn’t do. What’s interesting about Snaptrip though is its quality and its niche, while it may only offer cottage locations in the UK because it focuses solely on that it has some of the nicest looking getaways I’ve ever seen.

What it lacks in quantity it makes up for in quality and makes the whole experience of finding and renting a cottage an easy and enjoyable experience.

Applying for a job can be a very tedious experience with employers wanting so much information from elaborate descriptions of your previous experience all the way to what skills you have and how they’re relevant to the position. While most of this is necessary the sheer amount of detail companies ask for mixed with forcing the user to use their outdated/badly design website makes the whole experience of applying for jobs daunting. That is usually the case at least, but not for IBM.

The IBM Design job application form is a breath of fresh air while basking in a serene light, in short, it’s the best job application form I have ever seen/used. The mix of high-quality photography, short/sweet copy in a good looking typeface and a layout that screams beautiful UI makes applying for one of the biggest companies in the world a user-friendly process that can be done in just 5 minutes, yes I timed it.

The online application form is an old, tired process that needs to change and while IBM may not be the only ones making great applications it looks like it’s going to take a while for companies to adopt a new process in favour of the user instead of themselves. Until then, thanks to Workable, Google Forms and Typeform.

Google’s search engine is the most popular search engine in the world with over 3.5 billion searches per day, with stats like that how could you even fathom improving it further? One person took this question and went in a weird direction with it, Sexy Google.

Sexy Google is a home page that lets people use Google’s search engine while having a sexy photo appear on your homepage, because why not? Only on the internet. 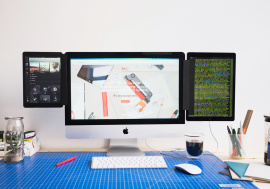 Made by ex-Apple engineers Duet is an app that allows your device to act as a 2nd screen counterpart to your laptop/desktop and while it does a great job of it digitally it relies on you either using a stand or having to look down at your device while working which can have quite a big impact on the physical experience. 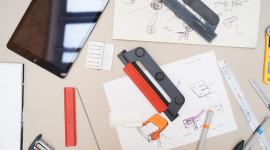 Seeing this industrial designer Oscar Diaz and his studio have launched a product called PIXO, a magnetic table mount that lets you attach your tablet to your computer and use it as a second display. The PIXO works with a large amount of Apple products supporting iMac’s from as far back as 2004 any iPad (excluding the 1st generation) regardless of size. 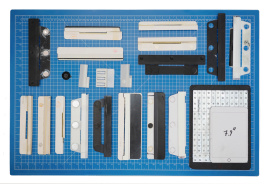 While the PIXO looks good in theory there are a few things that concern me in practice such as the lack of a hinge, this means that if like me you work in a corner or perhaps you prefer your 2nd screens at an angle, unfortunately, you’re going to either have to adapt or find an alternate solution, if there is enough demand for flexibility while working then I’m sure we can see the introduction of a hinge in V.2. My 2nd gripe is more to do with something PIXO can’t help, it’s reliance on Duet. Unless you want to use your iPad with iOS you’re going to have to spend £15.99 to buy Duet in order to use it as intended, and while Duet is a well reliable app (it was made by 2 ex-Apple engineers) if for some reason it stops being reliable then PIXO will suffer because of it. 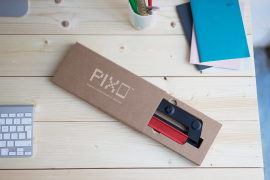 Despite all this, I still got giddy when I saw it and have already pre-ordered it on Kickstarter. If you’re in need of some new screen real estate and want to see this product come to life head over to their Kickstarter page and pledge £25 to get your own PIXO.

Made by ex-Apple engineers Duet is an app that allows your device to act as a 2nd screen counterpart to your laptop/desktop. If you’re writing code and want the text editor on your iPad Duet can help with that, if you want to Skype with someone while you’re working on your desktop Duet can help with that too. Using the lightning cable to connect the two devices there is very little to no delay in using them simultaneously.

I find that I tend to use Duet more with my iPad than with my iPhone because of the larger screen size but it’s nice to know the option is there if I need it, just make sure you have a stand otherwise you’ll be doing a lot of looking down and picking up your 2nd screens. Priced at £15.99 this is certainly not cheap for an app but if you’re a professional that’s looking to get a bit more screen real estate without the hassle of a second monitor then this is definitely worth the initial price. 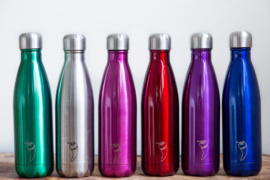 Keeping your cold drinks cold and your hot drinks hot is not a new thing we’ve all used Thermos flasks before, but Chilly’s is one of few companies who’s solving that problem in a stylish way with their new line of water bottles that are guaranteed to keep water cold for 24 hours.

Unlike most water bottle’s they’ve opted for a metallic body which makes it impossible to see how much water is left inside but comes with the advantage of keeping the liquid cold and being pretty much indestructible under normal circumstances. 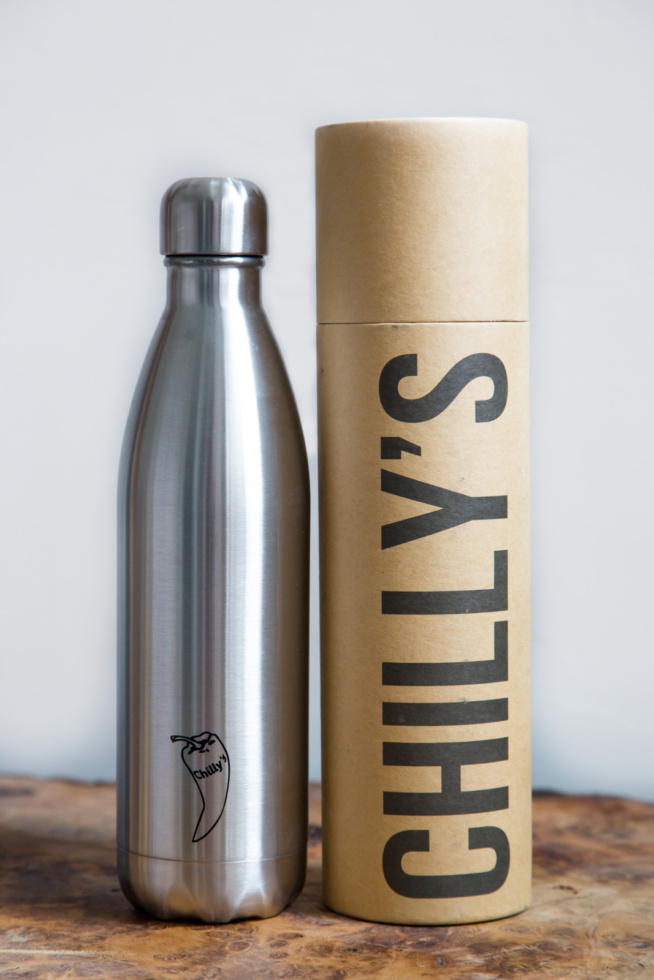 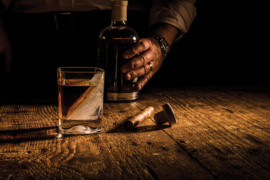 While it may not be for everyone many people like their whisky chilled with ice. Corkcicle has created an interesting way of keeping your whisky cold in the form of a wedge-shaped chunk of ice, because of its shape the whisky is kept cold while covering less of its surface area meaning it takes longer to get watered down. 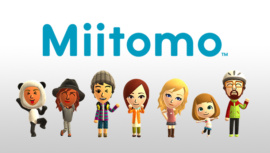 For the longest time, Nintendo has been known to only make video games on their own branded systems so the move to developing for smartphones was quite the controversial one within the company. Having previously experimented with the Pokemon company’s proxy Miitomo is Nintendo’s first official ‘game’, I say ‘game’ because Miitomo has some gaming elements in it the main focus is around social interaction. 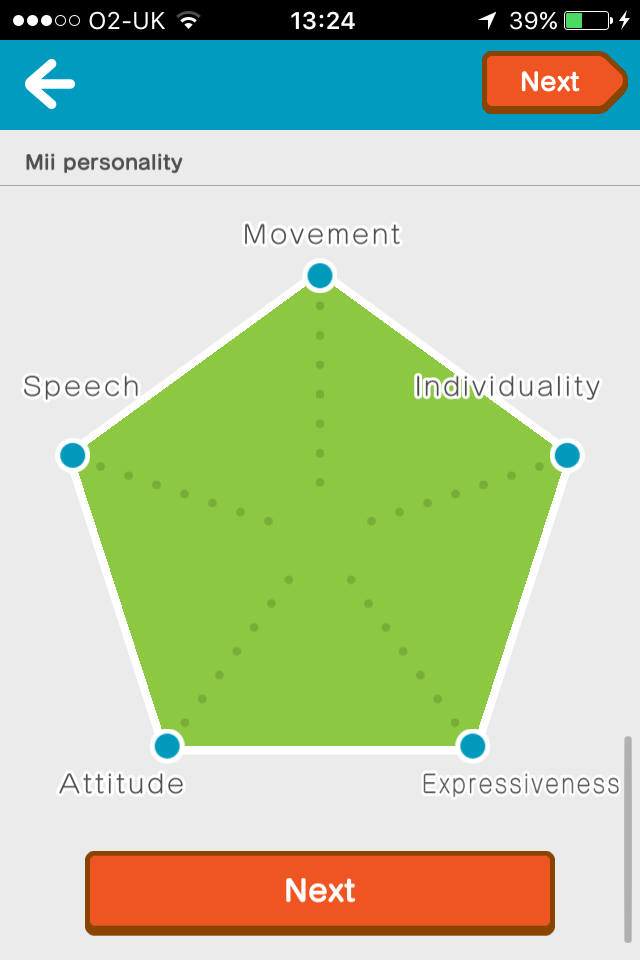 Using the Mii’s that originated with the Wii Miitomo has people create profiles to match their personalities, once a player has created their Mii avatar they are encouraged to add friends and interact with them by asking and answering a set of pre-determined questions. 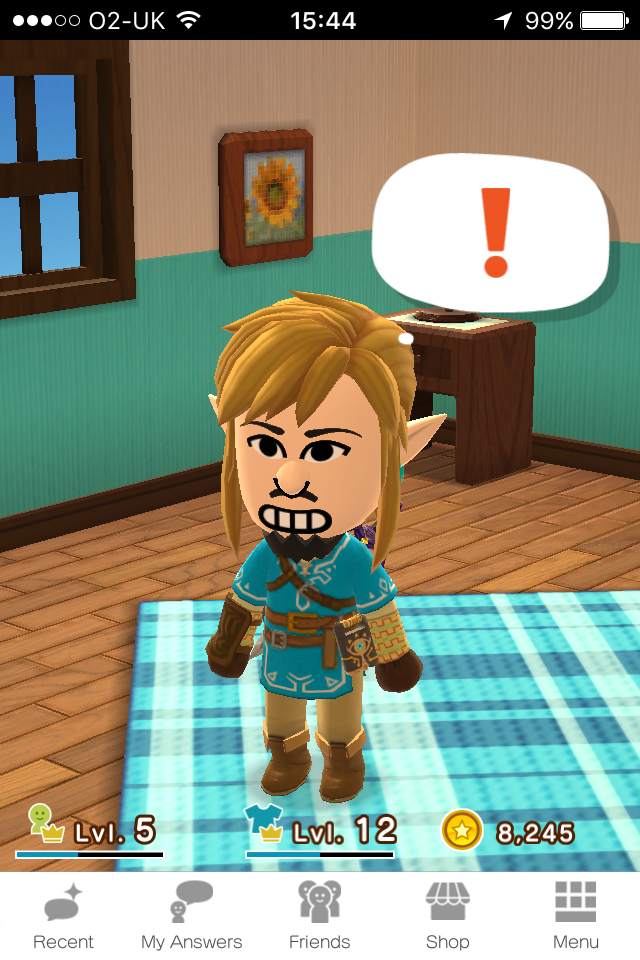 Surprisingly Nintendo has done a great job of having a broad range of questions ranging from the standard “Tell me about a dream you recently had” all the way to somewhat fun and quirky questions like “If you could be any fruit what one would you be and why?”.

By answering and asking questions you earn coins which can be used to buy new outfits for your Mii or to play the Miitomo Drop game as a way of winning special outfits not available in the store. The Drop mini-game is basically the equivalent of a digital Pachinko machine where you drop a random Mii and win prizes based on where it lands. The better the rewards, the harder the drop is to achieve. 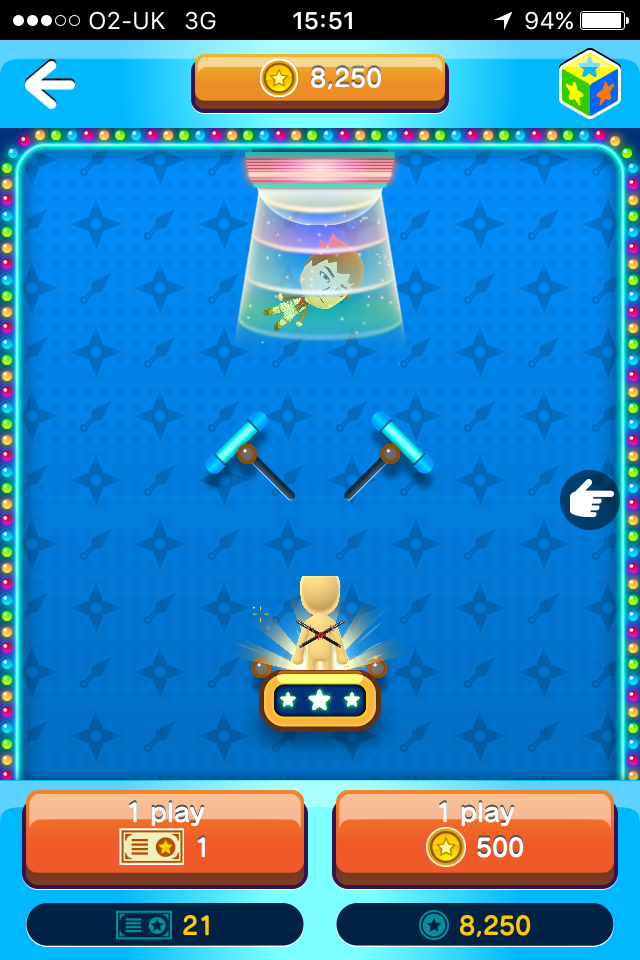 Overall it wasn’t what most people were expecting from Nintendo’s first smartphone app but that’s part of what makes it great. Miitomo is still not even close to being a popular social network like Facebook or Twitter but for what it is it’s a fun, little way of getting people to interact with each other outside the conventional ways gaming companies default to.

Ever since the dawn of the original iPhone in 2007 smartphones have been capable of some incredible feats from browsing Google and talking to friends on Facebook all the way to playing graphically intensive games and monitoring your step count. While all these things are amazing in their own right it’s no secret that they have a detrimental effect on your battery.

Tired of having to carry around long cables that are prone to fraying technology startup Powergoat has created the Popcord, a durable, yet stylish way of charging your devices and best of all it’s designed to fit nicely on your keyring so that you’ll never be without it.. Having successfully received more than double its initial Kickstarter goal in early 2014 Popcord has grown to be a well-known and affordable solution that many people have adopted.