About 3 hours after I got off the plane coming back from America I went straight to Eurogamer. After getting lost for 30 minutes and paying a taxi driver £5 to drive me to Earl’s Court I arrived at the venue, the exhibition was huge and included sections for Nintendo, Sony, Microsoft, Retro games, Indie games as well as PC games such as Surgeon Simulator although I went straight to the Nintendo section. 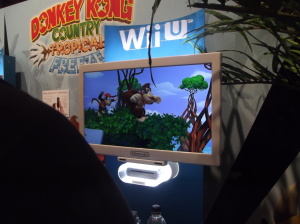 I had already played Legend of Zelda: Windwaker HD at Hyper Japan so instead I played the new Donkey Kong Country game which is a series I have never actually played before but would definitely consider buying when I eventually buy a Wii U. Also on show was Mario Kart 8, Pokemon X and Y as well as Legend of Zelda: A Link Between Worlds but didn’t get to play them because if I waited in their huge lines I wouldn’t have gotten to play PS4. 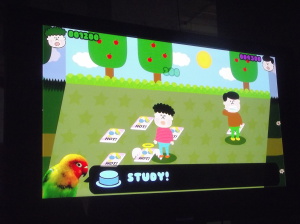 As expected the line for the PS4 was just over an hour although we were being kept entertained by videos of the awesome games we would soon be playing. When we eventually got to the front we were given 2 game tokens each of which entitled us for a specific demo level or 10 minutes of a game of our choice. 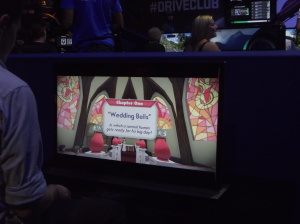 First I played Octodad which is a game about an Octopus who has a wife and kids although no-one knows he is an octopus, throughout the demo level you have to find your tuxedo, get dressed, and give your bride her wedding ring all while trying not to smash everything to pieces and keeping your identity as an octopus a secret. The game is meant to be stupid and funny and it succeeds in both categories. While playing Octodad it was also the first time I held a PS4 controller and I liked it. While it’s true the Playstation’s controllers are almost always the same but with some ergonomic alterations the introduction of the touch pad in the centre is an interesting feature however this comes with the very minor but still annoying point of having to move the start button in a place which feels very awkward to press it as it’s too close to the action buttons. 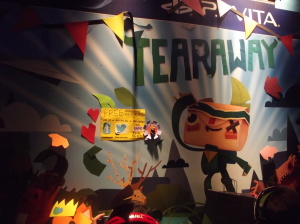 The second game I stood around for 30 minutes to play 10 minutes of was called Knack which is essentially an action / fantasy game with lots of magic and fighting. As you progress throughout each level you collect orbs which make you stronger and give you access to new spells to the point where you’re basically capable of destroying cities without any problem at all. Just like Octodad this game unfortunately didn’t offer touch screen support so I didn’t get to try out what it would be like but apart from that it’s a good game and definitely one I would get if I get a PS4 at launch. 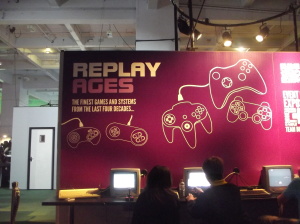 I wanted to try out the Xbox One but didn’t have time due to waiting in so many lines however I hope to try that as the first thing I do at Gadget Show Live in November. The retro gaming section was very popular and had everything from the original Gameboy with Tetris inside it to the more obscure consoles like the Vectrex. While most of the well known games like Mario Kart on SNES were being played I took this opportunity to plays games I hadn’t played like Psycho Fox although I quickly found out why I hadn’t played games like those before. They were terrible. 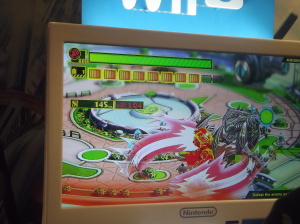 Before I left I got to play The Wonderful 101 on Wii U which is just as amazing as I thought it would be. You control a miniature army of superheroes who battle through the level using their combined strength to turn in to giant fists, guns, swords and other various weapons. The game switches perspective from the TV screen to the gamepad for certain areas which really takes the advantage of the 2nd screen and interacting with how you play each section of the game. Unfortunately I didn’t have enough time to defeat the boss as Eurogamer had come to a close however I hope to continue this at Gadget Show Live and finally make my decision on which console to buy PS4, Xbox One, Wii U.