While wondering around near Selfridges I saw some amazing that the festival of imagination was being showcased in the windows for the public to enjoy. Many artists and designers had their work present including Dominic Wlicox, Andrew Friend and Minimaforms. 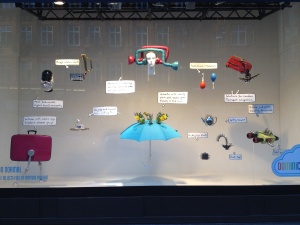 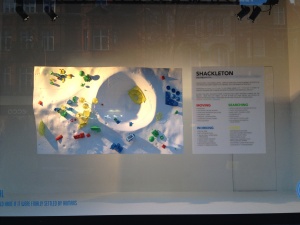 Patrick Stevenson Keating & Tom Metacalfe’s Shackleton was an interesting look at how in a potential future humans could make a self-sustaining metropolis on the Moon complete with living quarters, working areas and transportation all built in to the natural craters of the Moon. 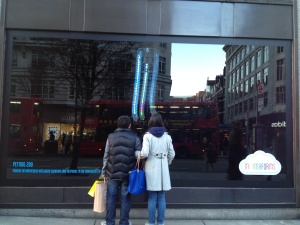 There were many other installations including one by Minimaforms which had a set of pipes that reacted when people passed by as well as a Still Life in Motion by Vitamins.