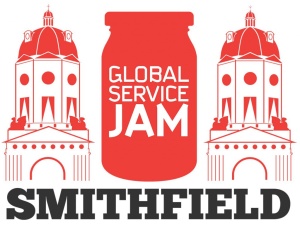 In early March I took part in yet another event known as the Global Service Jam Smithfield. This was my first ‘Jam’ but the style was very similar to hackathons and bootcamps I have been to before although unlike other events this is the first one that has happened in many places at the same time, the Smithfield Jam was very closely connected to the one in Copenhagen for the whole weekend so we got to bounce ideas off of each other and see challenge them to a Harlem Shake off. 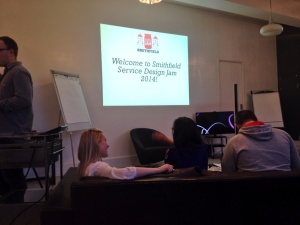 The theme of the Jam was a picture of a flat box silhouette which in our groups we had to interpret in to a product or a service, after brainstorming for a while my team decided to go with the mystery box theme and we took that as trying to find a solution to the problem of how to discover new experiences and places to go in London. We did some research at Spitalfields market where we discovered that most people find the place they go to via their friends or because it’s an ideal place for tourists to go, we decided to address this issue by making an app. 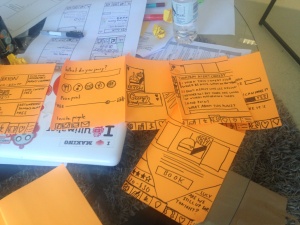 After seeing what features would benefit the user we each mocked up different versions of what we thought the app should look like then picked the best bits and made working prototypes using POP and Flinto. As we only had a weekend to complete this project the outcome was made simply to express the concept and a basic UI without going in to the complexity of using APIs and coding the app itself. 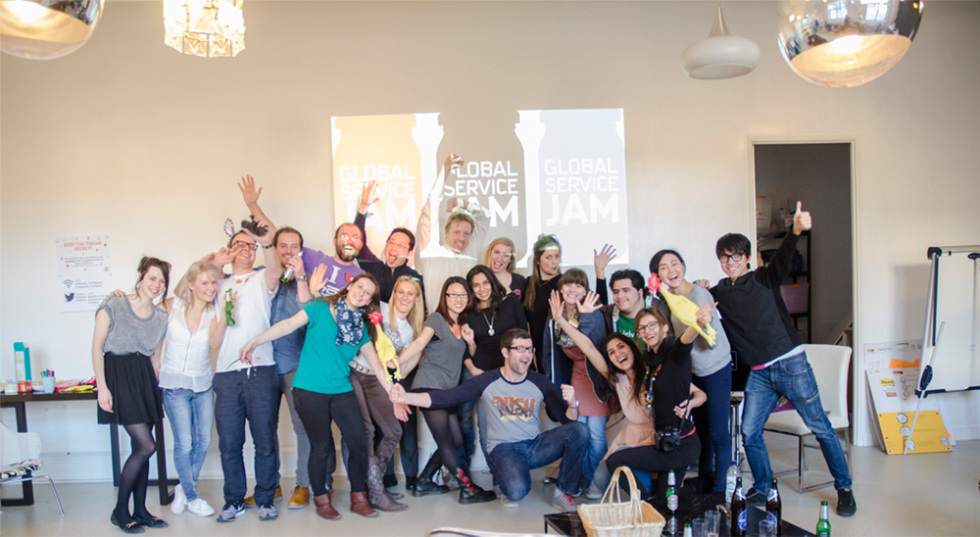 Now that I have done a total of 6 hackathons / jams / bootcamps (4 outside of uni) I know which ones I prefer and the reasons why, this Jam was the best so far as it it had many people from many backgrounds (not all design) collaborating to make something amazing and while there was a sort of competition aspect to it it wasn’t primarily driven by an end prize. It also lasted over an entire weekend (including Friday night) which made it a lot easier to let ideas grow and develop rather than rushing them over 1 day. I am definitely going do this again in 2015 although next time I might try the ‘original’ Jam held at Google campus for a new perspective of how Jams can be held and the new types of solutions people provide.