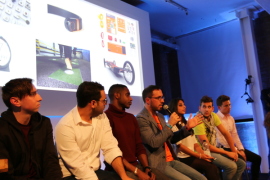 Having missed the majority of this talk due to a meeting that went on far longer than I expected as well as some unexpected time finding the place which was hidden behind a gated community. The talks were very refreshing as the focus was not on apps, websites and software but physical products, hardware and technology. Many startups were present at this event and all of them were doing something amazing. 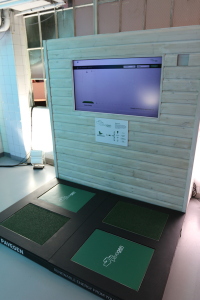 After the talks there was a show and tell from each of the startups who presented earlier as well as free beer and canapés. The first product I saw was the Pavegen, these slabs can generate electricity by just letting people walk on top of them. It’s such a genius idea yet also so simple, why don’t these already exist in public space? My guess is the cost. 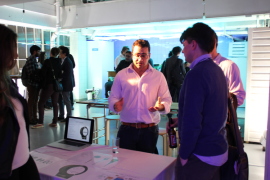 Next up was MyScope which is a medical device for reading vital medical measurements. While smart stethoscopes already exist the design of them is okay at best with little to no thought about context and how it will be used in the field. MyScope is changing this with the most advanced stethoscope medicine has ever experienced. Their words not mine. 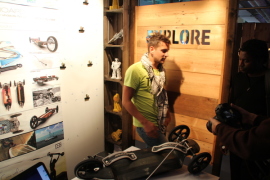 A lot of these startups consist of only a few people and securing funding is often a problem however with crowd funding platforms like Kickstarter and Indiegogo. The Deska Board is one of many startups that are seeking funding to bring their product to market. Deska is an innovative new form of transportation that lets people windsurf through the city. 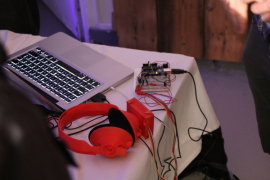 Combining technology with products is another big theme for startups today and Audiowings has fused them together to create a new experience you wouldn’t expect. By using GPS Audiowings know where you are and plays music to enhance what you are doing for example if you are in a park then you might hear calm music or if you are in a restaurant then perhaps you will hear music that compliments your meal. 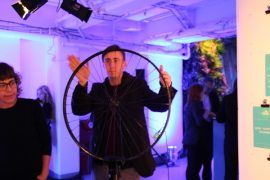 Also in the area of combining technology, audio and hardware is a device called Mogees that lets you play the world as a musical instrument. It works by sensing vibrations nearby and playing a sound based on the frequency it hears, it’s a lot of fun to play the wheel of a bicycle who knows what creative things musicians will do with this product?

After seeing this showcase it’s with great pleasure and discomfort that I say, I have had my faith in hardware restored. So many apps, websites and digital products are booming right now and people think they are the future which they are but let’s not forget about physical products and the power that something tangible can have on someones life. In a world where digital design dominates it’s nice to see the impact hardware startups are having too.