With the combination of low resolution/no images, sparse amount of text and inconsistent layout it’s clear that more needed to be done to better represent the programme. 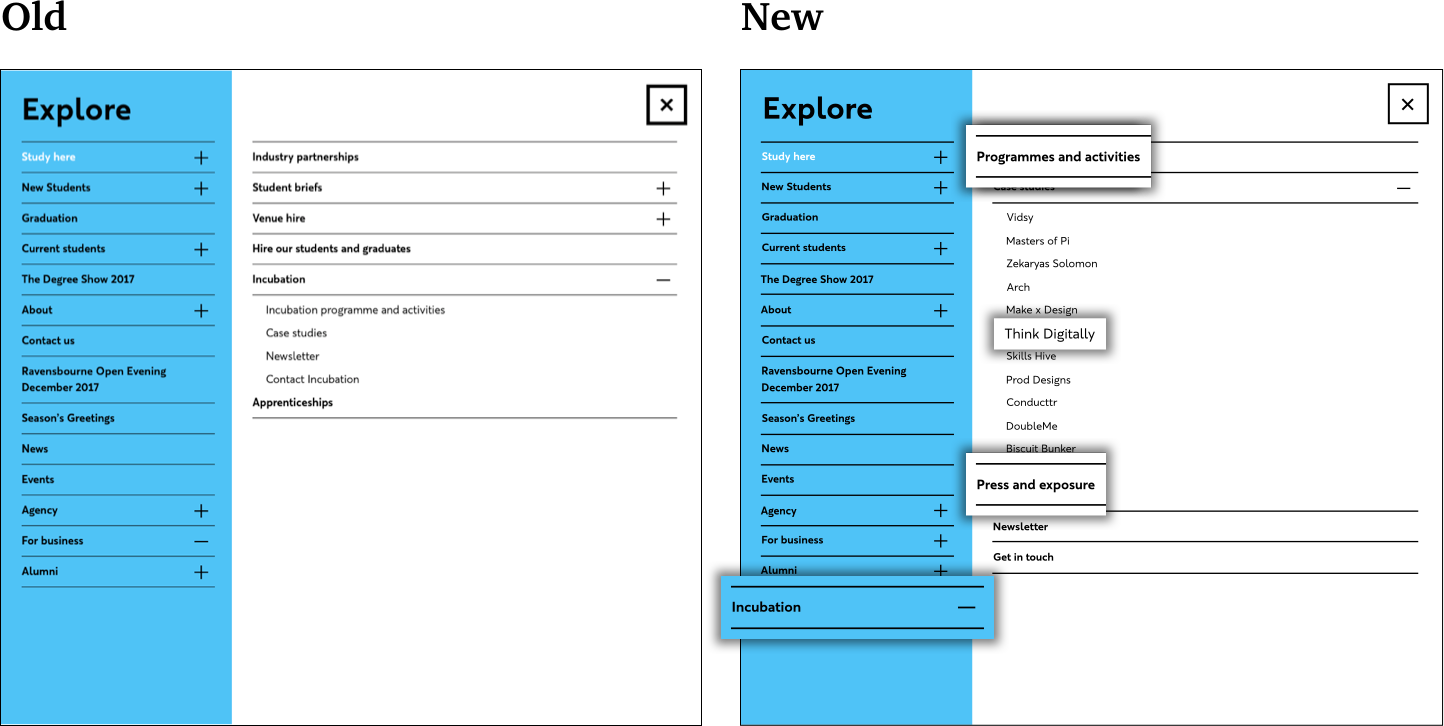 As the ‘For business’ heading is quite vague we suggested moving ‘Incubation’ into the ‘Explore’ menu. In addition, we renamed and added pages as well as case studies to justify ‘Incubation’ being on the top level of navigation. 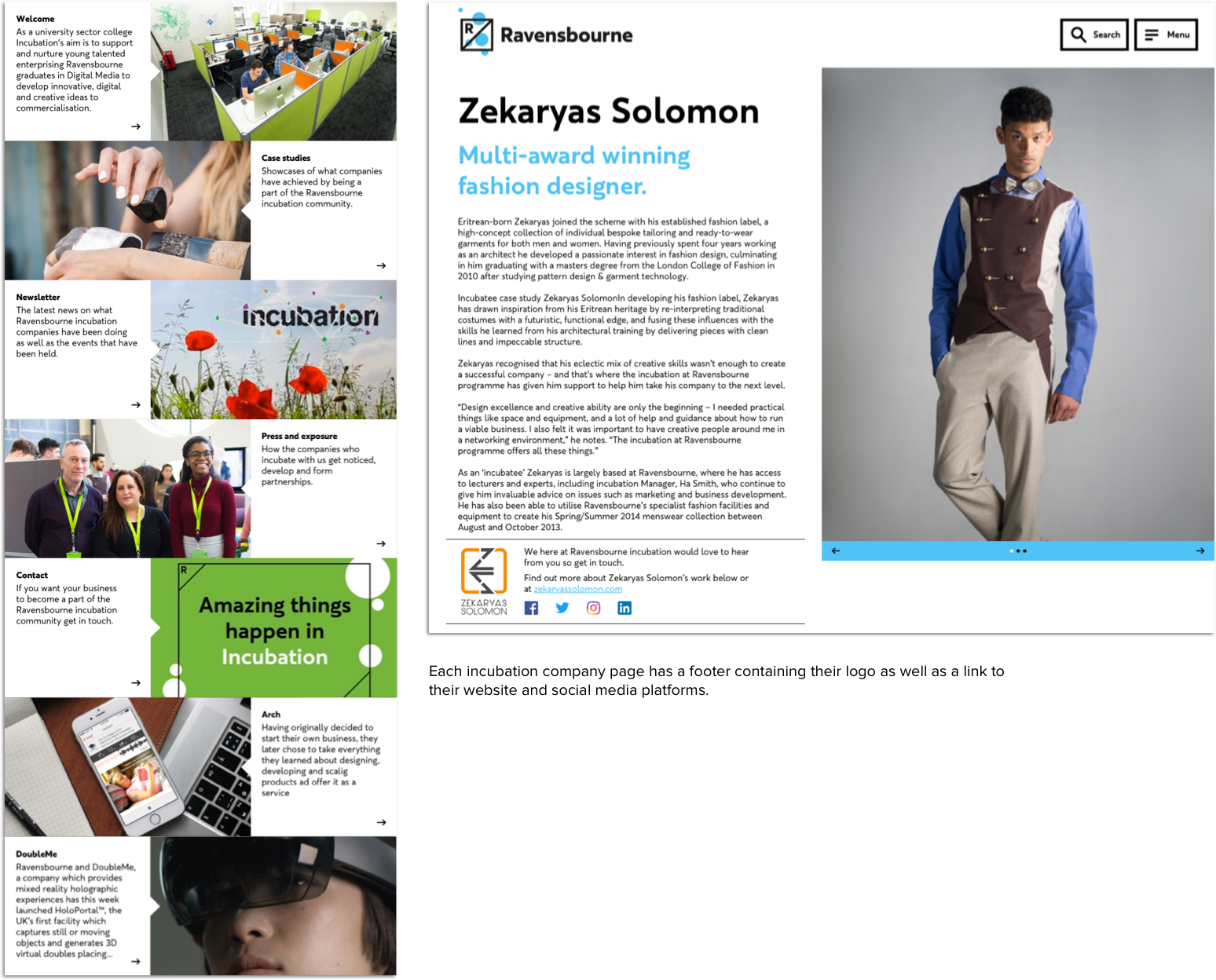 Throughout the site, banners show off other parts of the site, by adding an additional row and using higher quality images people may be more likely to visit the incubation pages. 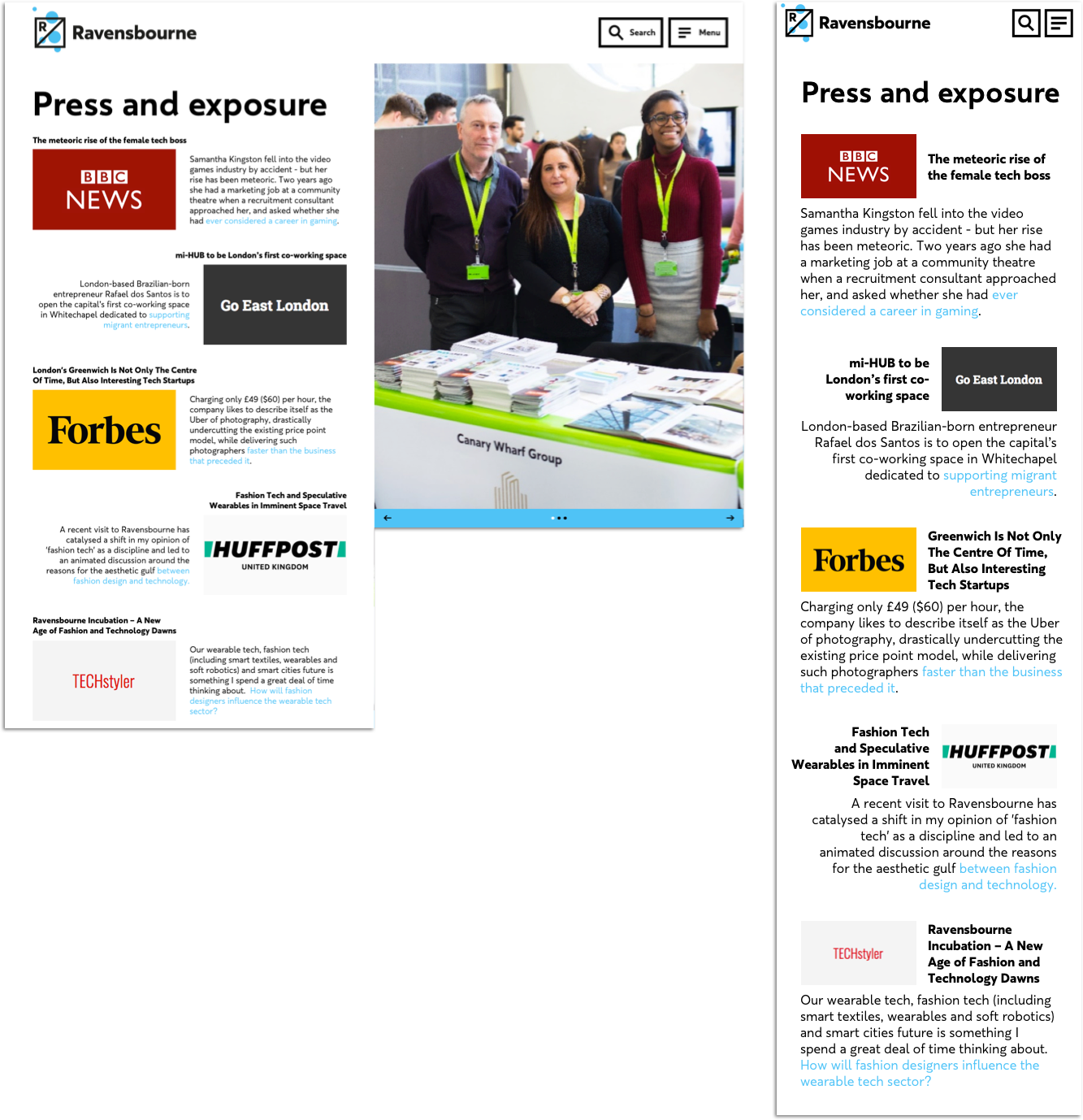 Incubation internally publishes all the press and exposure their companies get, by putting this on the website they can expand their reach and showcase companies who have been written about by large news outlets. 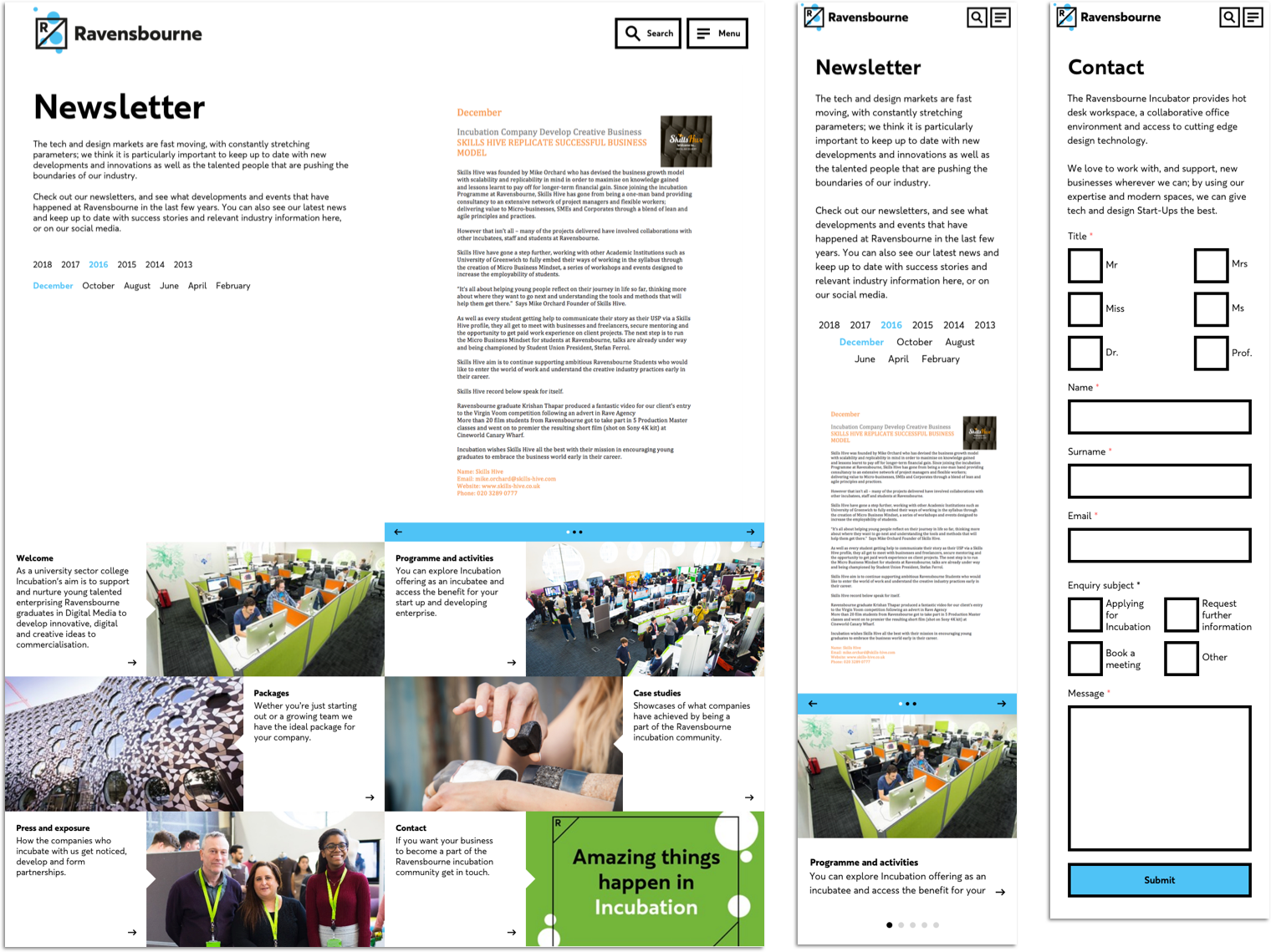 While making adjustments I had to make sure that everything fit within the site’s mobile template. While most content makes the screens appear longer on mobile the banners get reformatted as a slider to help save space. 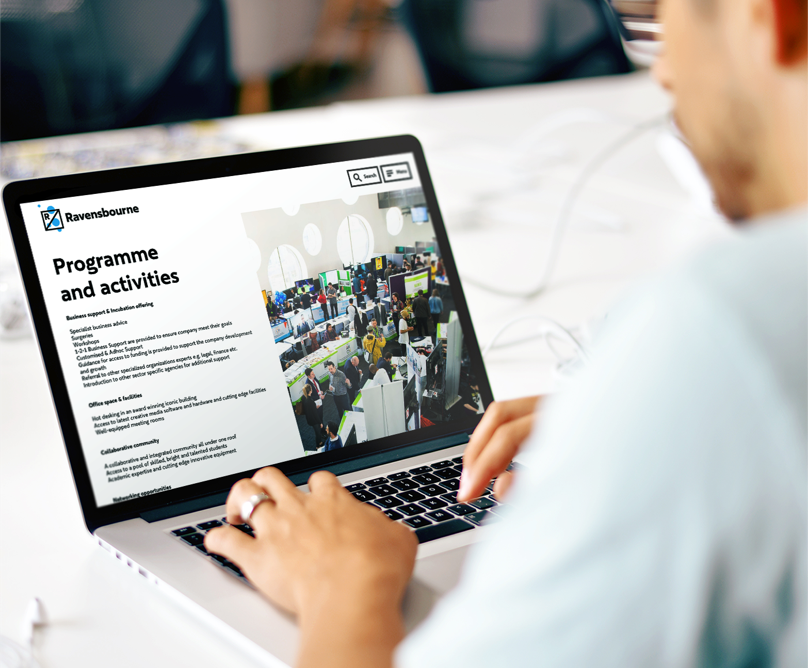 After presenting to the website manager we were allowed to make the majority of stylistic changes to the site. As Ravensbourne is a big institution some of the other changes couldn’t be implemented without permission from other departments or the agency that originally built the site.