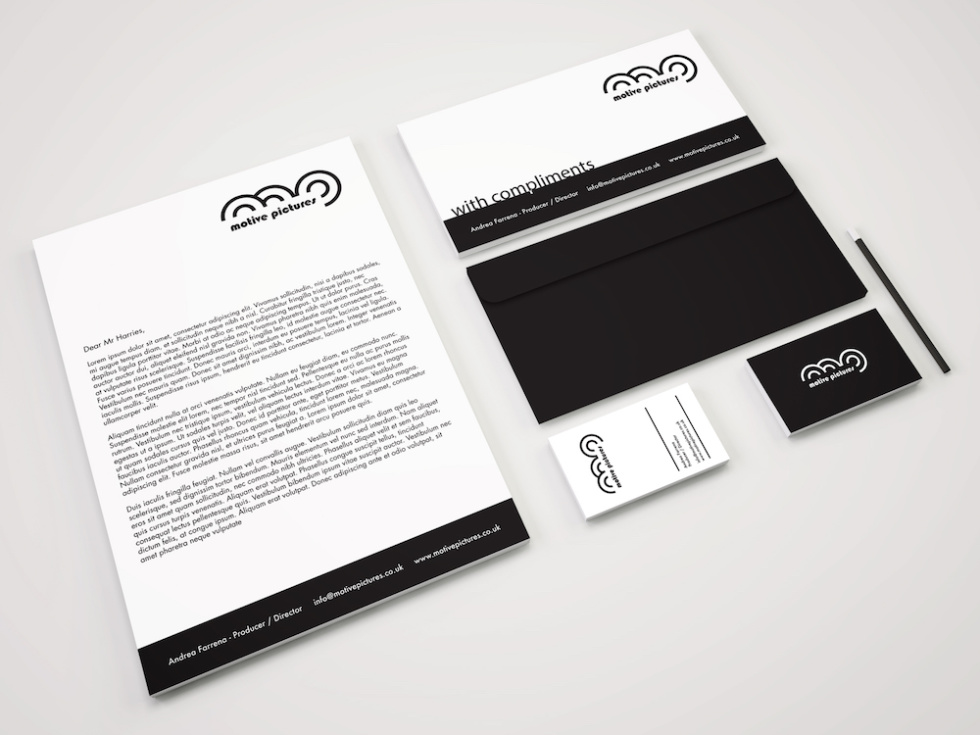 As part of a live brief at Croydon College producer, Andrea Farrena commissioned a brand identity for her upcoming production studio Motive Pictures. I designed the logo to be based on the shape of old film reel cases that production studios used to use before switching to digital filming, it also acts as the initials M and P of Motive Pictures. I decided to use Bauhaus 93 for the logotype as it most resembled the style of the logo without being too literal.