On my way up to the next floor of Designjunction I noticed a massive table with a green machine on it making a lot of noise, on closer inspection it turns out to be the smallest and most portable CNC router in the world. 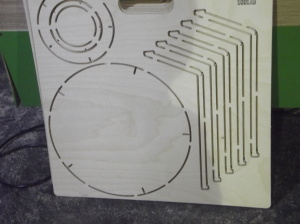 Of course when looking at it it’s still big and in no way ‘portable’ in the sense you can carry it around but how they described it being used is on site to make minor changes or additional parts instead of having to go back and forth to a workshop and waiting around. 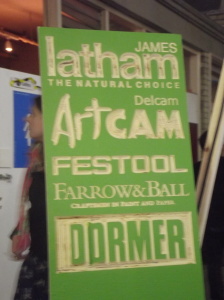 It’s capable of both 2D and 3D cutting with any standard drill bit you can use in a milling machine and while it may not come with an extraction unit a clever hack that a lot of technicians use is attaching a vacuum cleaner to the extraction port as it essentially does the same thing.

Just under a year ago I wrote a post about lighting company Mathmos and their iconic lava lamp it is now the 50th anniversary of the lava lamp and I was reminded of that at Designjunction this year. 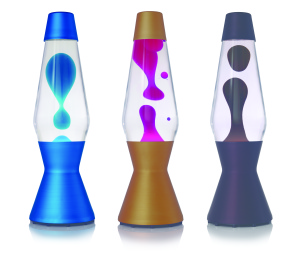 The story of the lava lamp started back in 1963 with the launch of the Astro lamp and a year later the Astro mini was brought to life. It became an iconic product of the 60s and 70s which appeared in popular culture and is even shown in the movie Austin Powers as a symbol of that time period. 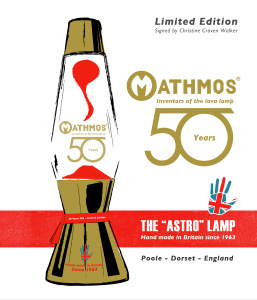 Mathmos lava lamps have been in continuous production for 50 years and have been handmade in Britain since 1963. The aluminium bases are manufactured in Devon, the bottles from Yorkshire and the liquid is filled in Poole. To this day the Astro ‘lava’ lamp is an iconic piece of design which has lasted for 50 years with the wax formula still remaining a strict secret.

From September 18th to 22nd Designjunction as part of the London Design Festival brought contemporary design, to the public in what used to be a postal sorting office in the 1960s, as I was going to America on 19th I spent every minute I could on 18th exploring Designjunction finding the best exhibitors and learning about the new and innovative products that were being showcased. 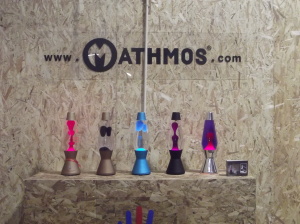 One of the first stand I recognised from a previous exhibition was Outline Editions which is a gallery based in Soho that showcases the best graphic design posters usually with an interest in negative space. Other recognisable stands I saw included Mathmos, Tokyo bike and Native Union. 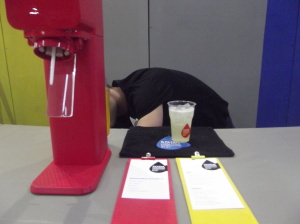 I very quickly found myself at a Sodastream bar where they were showcasing just how beautiful and delicious the new Sodastream is by giving people free drinks including some alcoholic cocktails which were incredibly good but perhaps not the best thing to have while covering an event. 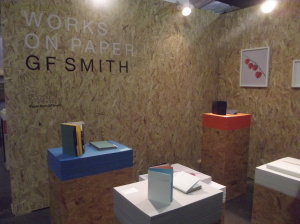 I was glad to see that while the theme for this year remained the same there were many newcomers and some people who didn’t come this year but were present last year. Two of my favourite newcomers this year included paper company GF Smith who I have been meaning to visit for quite a while now as well as well as Jay Watson Design who has some very interesting lighting products I was shown by another graduate from my class Louise Philo. 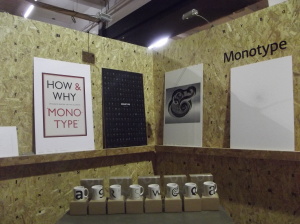 One stand I missed out on was Monotype which I only saw at the very end of the day after the people looking after went home but I did get to see some nice typography including sets of 12pt Gill Sans metal type they were selling which if I had a letterpress I would seriously buy. Another stand which was unattended was the Concrete design blog one which apparently hadn’t been used all day except for people just leaving their drinks there which is kind of sad but I checked it out anyway and it’s a pretty decent blog, not really my style but I bet some people would like it. 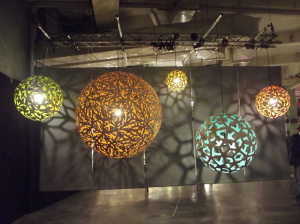 While it would have been good to explore the event at a slower pace over a few days I just about had enough time before I went to America and the press office were very helpful in providing additional information to me about the people I thought were most notable throughout designjunction. 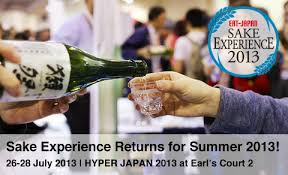 The Sake Experience is perhaps the biggest part of Hyper Japan attracting everyone at the event to try different types of sake from different companies while also judging them and voting for their favourite to be crowned the winner of the Sake Experience 2013. Overall there were 9 tables each with 3-4 types of sake for you to try and I tried every single one of them whether I like them or not, I found I go more for the sparkly type that is more like champagne or the fruity ones rather than the strong or niché tasting ones. 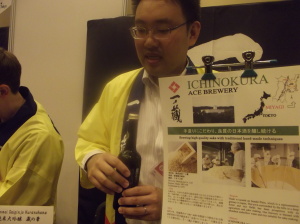 The first table we arrived at was the Ichinokura Ace Brewery and the pride themselves on using traditional techniques to make their sake rather than using machines to emulate them. I loved the Premium Sparkling Sake Suzune Wabi however it nor any of the other sakes won any award however it is a sake I would love to try again should I find a bottle in a Japanese store sometime in the future. 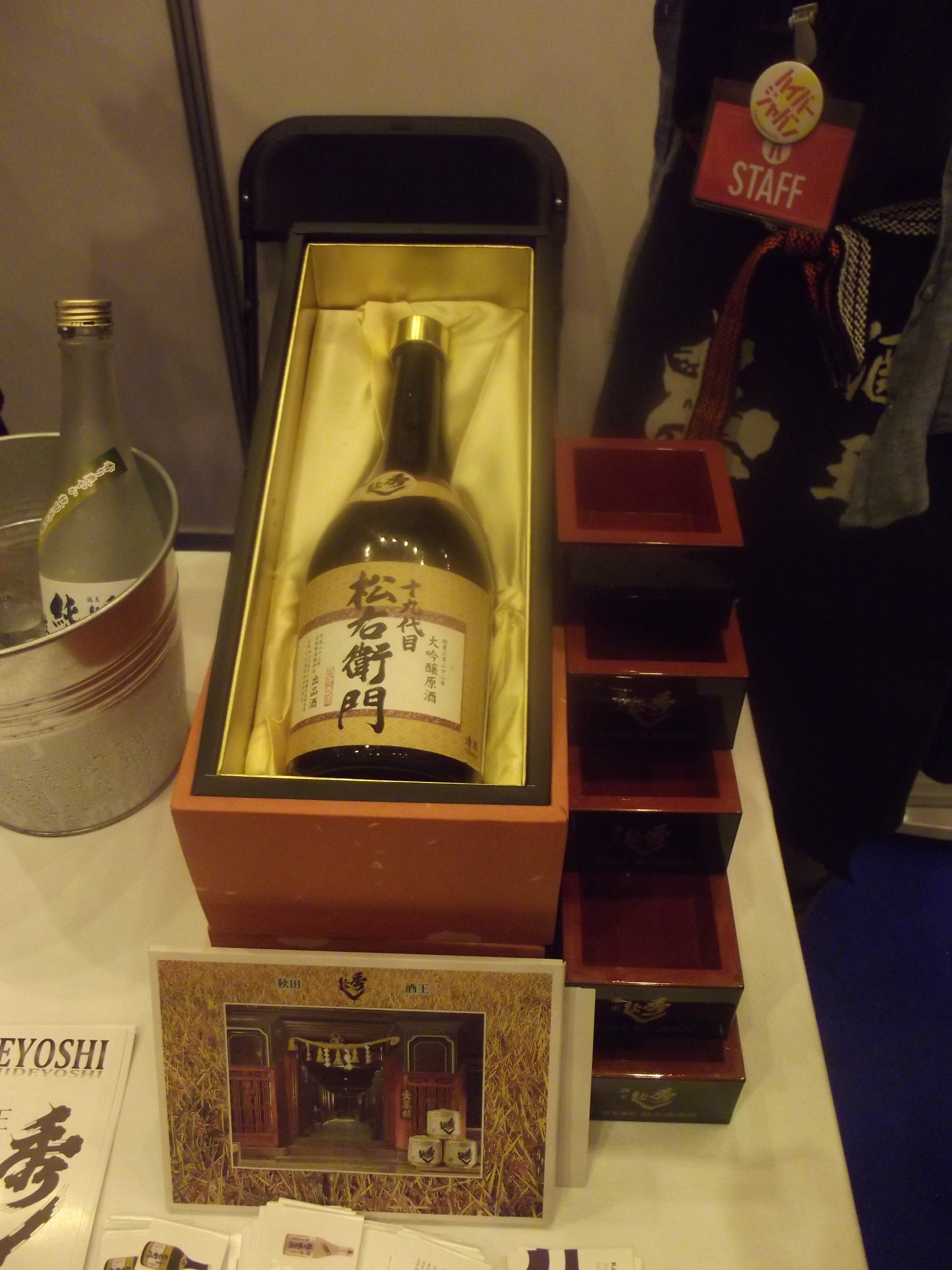 I was also impressed both with the taste and the attention to detail that went into the Dassai making process from Asahi Shuzo. While they do use some machines in the process they also use traditional techniques to make their sake as well as ‘rice polishing’ in which they use soft water to remove the rice powder and let the rice absorb the water thus creating an elegant aroma. 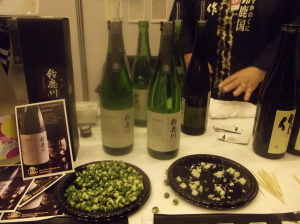 By the 6th table we had consumed approximately 18 shots of sake and were starting to feel the affect of it although Hyper Japan knew this and provided each table with cheese and edamame for customer to munch on while they drink as both are great for absorbing alcohol although I do not like edamame so I had to pick at the little amount of cheese there was left at each table. 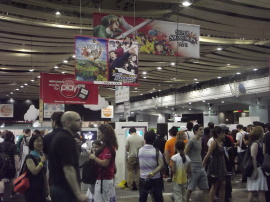 I went to Hyper Japan recently with a few friends although I was also going as part of the press to report on the event see what it had to offer. The first thing I noticed was a massive Nintendo section that had a Mario Kart 7 tournament, Wii U game demos of Pikmin 3 and New Super Luigi, Animal crossing demos as well as other 3DS demos of games which hadn’t been released yet including a football based RPG! 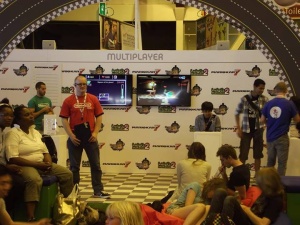 I had never played Pikmin before so I finally got to see what the fuss was about and I liked it. I was slightly disappointed as the demo I did didn’t have the Wii U game pad being used so I was just using Wii controls but it was still a great game which I would consider buying. While I was waiting for a friend to get money out of the ATM I went up to the Inamo stand to see the E table they were showcasing, essentially it is an interactive table which provides a new experience for people eating at a restaurant by having you use a trackpad to order food, call your waiter and manage the bill at the end of the meal. I wrote a more detailed article about it here – Inamo E table. 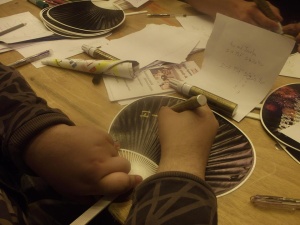 While the event does have quite a few people in cosplay and is similar to MCM it is more to do with Japanese culture than Movies, Comics and Media. There were a lot of food stand where we tried many things we haven’t had before like Takoyaki as well as Karaage and of course sushi, sake and tea. 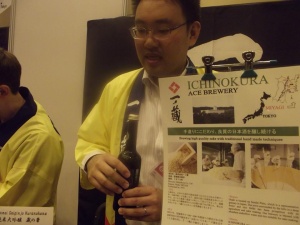 Before we did the Sake experience we did a smaller sake experience at a stand where we got to try either an aged sake, a natural sake or a strong sake. We went with the 20 year aged sake and were taught exactly how to hold the cups as well as the etiquette that goes in to something as simple as drinking sake. Women had to cup their hands underneath the cup and then drink from it while men held the cup with their thumbs and index fingers while their hands formed almost a diamond shape. 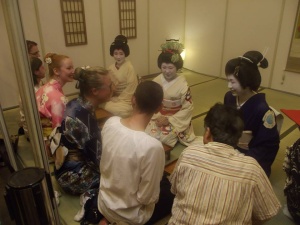 The tea experience was very fast as there were only 4 types to try all of which I liked except for 1 which was served cold, the green tea was perhaps my favourite although I am not much of a tea drinker. One thing I wish we had time for was the sushi experience as that was apparently on par with the sake experience but we were full from Japanese snacks and the event was going to close soon so we didn’t end up trying it. We did however have time to play some games imported from Japan including the lesser known Ghouls and Ghosts which lives up to the rest of the series it’s in and is one of the most difficult games of the 8-bit era. 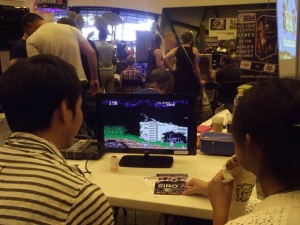 I got a fan with a personalised message in Japanese on it (it’s a secret) as a souvenir of the day as I didn’t have enough money for the expensive sake they were selling inside the sake experience. Despite the venue being quite a bit small than MCM in Excel it was packed with a lot of activities and things to try for a whole day, I could’ve gone again on the Sunday to finish up the rest of what I didn’t get to see but that happened to be very little apart from the sushi experience so I skipped it as I had covered the majority of the event on Saturday. 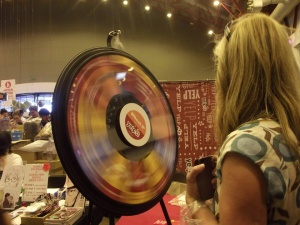 The sake, sushi, tea, games, snacks, art, technology, culture, live demonstrations and many more activities made Hyper Japan well worth going to, although a warning to people who don’t have pre booked tickets, press passes or VIP passes you may have to wait a long time to get it if you don’t arrive before 11am. It’s worth the wait though.