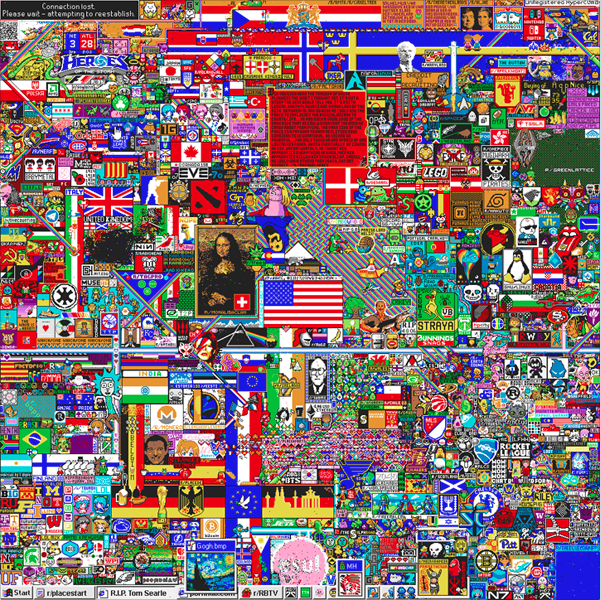 Instead of trying to fool people every year on April Fools day Reddit creates a social experiment for users to take part in, last year’s was The Button this years is known as Place. On the sidebar of the front page is a link to a new subreddit called /r/place.

Essentially the idea is that people can place 1 pixel down onto the board in a variety of colours and after 5 minutes you can do this again, this repeats until the experiment is over. After a while people start to make stuff with the pixels on the board but others try to get rid of what you make, as you only have access to 1 pixel every 5 minutes if you want to keep something up on the board you’ll be forced to work with other Redditors to continually redraw the same image.While it only lasted 72 hours the experiment was something that got widespread attention and people are already trying to create their own clones of /r/place.