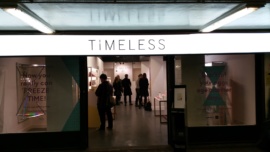 As we all know a woman’s eggs and a man’s sperm only stays effective up until a certain point (usually late 30s to early 40s) but what if there was a way to not have your body hinder your ability to create life? Earlier on in the year I came across a pop-up exhibition based around fertility in the not so distant future and a conceptual way of how women can freeze their eggs. 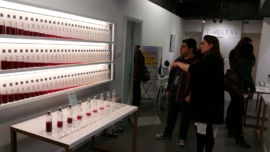 By collecting several batches while women are still fertile and preserving them in a ‘frozen-like’ state women can take comfort in knowing that they can have a baby whenever it’s convenient for them, not their biological clock. How this differs to current freezing technology is that the eggs are preserved in capsules that are made to look like perfume bottles and women have the ability to keep them at home as a way of reminding them that they are in charge of their own bodies. 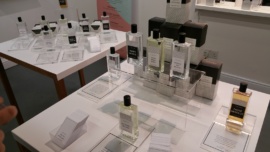 While the technology behind this still remains a concept it’s a concept that isn’t too far away from coming real, whether it’s adopted by society as a new standard is a different question but one that the exhibition aimed to start a dialogue about so we’re prepared when the technology and thus the choices emerge.