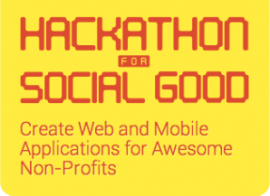 Last Saturday I attended a hackathon held by Webvisions at the Fjord studio in London. While I have been to 2 design, make, sell bootcamps by UCL I had never been to a hackathon before so at first I was a little wary of what was expected of us as I am a designer and not a developer.

After mingling whilst eating pastries and drinking tea we were introduced to the 3 charities we would be helping over the course of a day. The charity I ended up working with is called Bet for Good which is one of those charities that tells you what it does in it’s title, essentially people can bet on football matches with the chance to win prizes ranging from a signed photo to meeting their football hero all while donating money to charity. 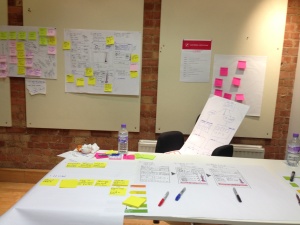 After contemplating some scenarios such as people getting addicted to the betting aspect of the service as well as how the model could be structured in such a way that it can work with anything not just football matches we decided to simplify the user interface.

Not everyone likes to bet on football matches but people do like to win prizes so we designed the home screen to show both the ‘hot’ matches on soon as well as the ‘hot’ prizes up for grabs in the future. We also considered that people might not like to bet on sports or win prizes but they do like to give to charity so we have made set priced baskets for those that want to easily donate to charity without the hassle of having to pick out individual items representing their bets. 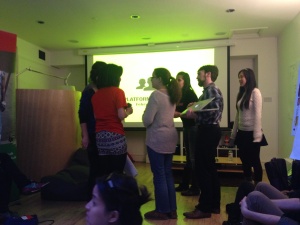 Social media is also very important when it comes to raising awareness for charities so we made a feature that raises your chances of winning the bets you place depending on how much you share, like, comment, invite friends to join the network and how active of a better you are.

At 5pm we presented our idea in front of everyone else and won the ‘hottest idea’ from the jury. There is another hackathon event happening in Barcelona from 19th to 21st June which I am thinking of going to although it’s quite a long time away and i’d need to sort out things like accommodation and flights although If I do go then perhaps I can finally go to Lanjaron for a holiday at my dad’d cortijo. Until June.